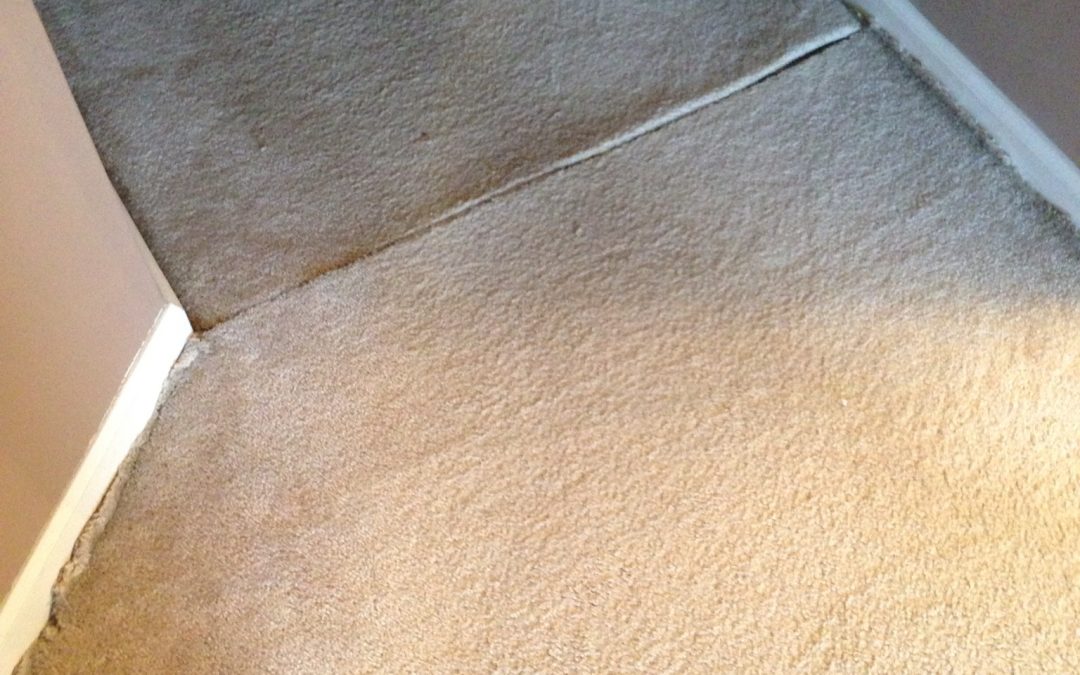 Indianapolis Carpet Repair was called out to a home which was suffering from some pretty extensive flood damage. Upon inspection the plumber the insurance suggested did the right job to fix the main issue. However, carpet was needed to be lifted so the concrete could be fixed and the only way that was possible was by cutting a 3 foot gash in the carpet the length of the hallway. In many cases restoration companies, plumbers, excavators and the like will cause damage to the carpet to fix your issue. Which is alright considering they are doing the job they are experienced in doing, but when it comes to fixing the carpet later… well sometimes you’re on your own. Like this Indianapolis Carpet Re-seam, call us to repair the damage. After all why replace it when you can just repair it!